The Bitter Taste of Defeat 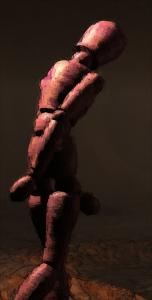 When I was nine years old, my art teacher told our class about a special contest that was being held. The school was having a painting contest for the fourth and fifth graders! Each student would do a painting of their own choosing and put it on display in the gymnasium. The gallery would be left standing for two days so that each class from every grade could view the paintings and vote for their favorites. At the end of the second day, the whole school would gather in the gymnasium and the winner would be announced! It was going to be a very fun thing for everybody.

At the time, I happened to be a rather creative (but extremely misbehaved) fourth grader. I was very good at drawing things like tanks, airplanes, and cars... old roadsters happened to be a specialty of mine. For my painting, I thought very hard on what I wanted to do. I finally settled on what I thought would make a really cool thing to hang on a wall... I painted an old car ( it looked like a roadster from the 30's ) driving down a road. The sun could be seen hanging in a cloudy blue sky with snow clad mountains in the background. An airplane could be seen flying in the distance. I worked very, very hard on this painting and was quite proud of it.

When the gallery was set up, I simply could not wait to get into the gym to see how my painting looked hanging up next to everybody else's works. When I found it, I was very excited. I had taken the time to look at each and every other painting in the gym and honestly liked mine more than any other. Finally, it was time to hear who the winner was. I waited with nervous anticipation as the principal stood up and prepared to read the winners name off of the little card he held...

Well, before I can tell you what you may be already guessing at, I have to tell you about a little something that happened a few months prior to this contest. Some of you may have heard of a little movie called Star Wars. No? Well... it was a snazzy little space movie that literally every single child in the known universe worshipped in a positively biblical way ( myself included of course ). It had just hit the movie theatres. You may be wondering, why would this have any relevance in a story about a painting contest held a long time ago in an elementary school far far away? It's simple... nearly every painting in the building had to do with, you guessed it... Star Wars.

So. There I sat with bated breath as the principal read the name that was written on his little card. I closed my eyes, so nervous about inevitably being thrust into the spotlight. When he read my name out loud, I had no idea what I was going to do! As you no doubt have surmised, the name on that little card did not sound anything like MINE. I opened my eyes first in bewilderment, then with utter shock at the realization that everybody was clapping loudly for another kid instead of me!

I sat in stunned silence as the principal was joined by our art teacher in front of the winning painting. The boy who won was a fellow fourth grader from the same class as me. While the student body continued clapping, he was asked to join the principal and art teacher before his painting. When the clapping began to die down, the principal asked him to describe the painting for everybody. I will be happy to describe it in my own words...

The painting depicted a heated space battle between the evil empire and the heroic rebel forces... one of the many space battles depicted in the gymnasium that day. Imperial star destroyers ( lopsided triangles ) shot at x-wing fighters ( lopsided flying x's ). Lopsided stars could be seen in the convoluted background, along with the 'death star' ( a lopsided circle with another lopsided circle inside of it ). Triangles, X's, and 'shooting lines' covered the entire painting. It was a big hit... a REALLY big hit.

I was not impressed.

Not only was I not impressed... I was angry. I felt my cheeks color red with rage. I felt my hands tighten into fists. 'How can you people not see that those are just triangles and X's??' I wanted to shout. C'mon man... a SECOND GRADER could have painted that! Look at my CAR! It has doors... it has spoked wheels that look like they are spinning! Look at the AIRPLANE! It has wings. It has a propeller and a cockpit! The mountains even have SNOW on them for crying out loud! My god! There are at least fourteen other paintings just like the one he did! I demand a recount! YOU PEOPLE ARE BLIND! YOU... YOU... ER... oops... sorry... this is just a story about something that happened a long time ago in an elementary school far far away.

Back to the story:

I did not demand a recount. Nor did I accost anybody regarding their choice to vote for the epic star wars battle scene. I did feel deeply upset though. In my young mind I had won that contest. I have to wonder though, if I were able to see those paintings side by side today... would I feel the same way? Perhaps. Perhaps not. I cannot say for sure what I may think now. What I CAN say is that as a nine year old boy, I did not like The Bitter Taste of Defeat. I did not feel like congratulating my fellow classmate on his victory. Nor did I feel the need to compliment his painting. I sulked. I pouted. I acted like a big, fat, baby. When I realized how I was acting, I felt deeply ashamed of myself. I wanted to be better than that... more than I wanted to win the contest in fact. Losing felt miserable. Acting like a loser felt even more awful.

Until today, I had not thought about this life event for many, many years. When the memory of it hit me, it brought a big smile to my face. It was my very first art contest after all. Despite all of my hard work, I fell short of victory. At the time it seemed like winning that contest was somehow an important thing. I do not even know why I felt that way. But The Bitter Taste of Defeat taught me something about myself. It taught me that losing sucks, but acting in a way that makes you ashamed of yourself is worse.

Luckily, the lesson has carried on in life.